Skip to content
Home / Skydiving / Power Off, Brakes On 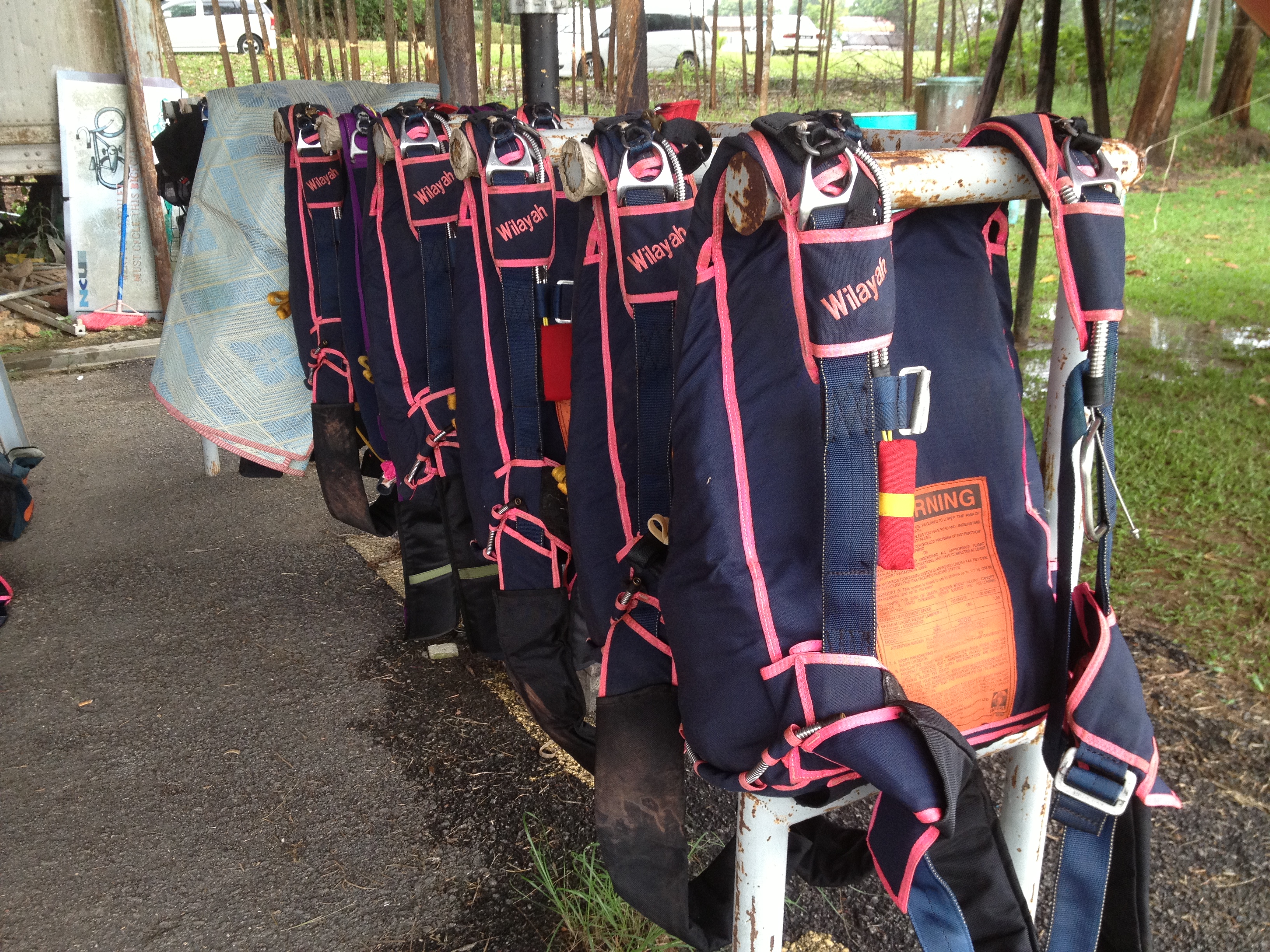 After a whole year void of skydiving activity, I finally got the chance to do the static line jumps again in Segamat. The last time I did was two years ago.

Last year, I wanted to go for the AFF (Accelerated FreeFall) in Thailand; the planes were under maintenance in June so I called off the trip down and due to unpredictable schedule I couldn’t get any other friends to join me.

I was going to go back to static line skydiving but the hangar at Segamat was occupied by Singaporeans for many weekends.

By the time they were ready, I was down with stomach problems!

You would think I went through quite some obstacles for another skydiving adventure but the hurdle didn’t stop there.

It was pouring for most of Saturday that fewer sorties got to make the jump that day. In fact, the first trip up was called down before the jumps could be made due to bad weather! So most of the time we hang around at the hangar / rest area hoping for the skies to clear. We passed time with Azlan’s lecture for the new would-be skydivers, quite some paranoid practices and listened in on their stories from past skydiving experiences – both hilarious and horror ones.

If you’re going to go skydiving, be prepared to free your entire days for this especially when things don’t go your way and they’re out of your control – the weather being one example. This time, there were both static line jumpers and students also going for free fall. The first time static line jumpers wore the same anxious look I had when I first jumped two years ago. The free fall jumpers just as anxious if not more – it truly is another level above, and riskier.

I had to come back to Segamat the next day to continue the static line jumps so on Saturday evening itself, I went back to PJ for Delia and Dulcie‘s farewell party before they go to New Zealand again to resume their studies. Yep, I went through quite some trouble just to ‘make a suicidal attempt’ – as what some of my friends call it. Haha.

But in my opinion and feelings, it just made it all worthwhile when I made the jumps successfully. 🙂 Since I was lined up behind queue, I got to see many other jumpers make their landing. Many did good even for the first time! One wasn’t so lucky though – he dislocated his shoulder on hard impact; he didn’t toggle to full brakes in the last second that mattered. I was thinking of only getting back down to the ground safely.

I also felt a strange feeling not experienced before, how would I describe it? I was afraid… that I was not afraid. Here’s a short video clip of me landing in one of the jumps I did:

So was it worth it? In spite of all the troubles I went through just to get to jump… Yes! And from the looks of it, I want to do more static line jumps first before I attempt the free fall. Movies make it look too easy and the free fall students performance just show that I am far from mentally ready actually.

My exit from the aircraft still needs working on. Tumbling in 3 seconds might be okay for static-line jumping but it can mean serious panic or even death in free fall.

Static-Line Jump #3 – exit OK (but face down); landed on ass

This is long overdue. Finally here’s a longer video footage of my experience when doing the 4th static line jump 🙂 So yep, it was an amazing weekend! I could also feel the two round things between my legs had grown bigger. 😛

Attend a seminar and maybe you’ll be enlightened for a few days. But conquer several thousands of feet in a few minutes and you will come back to Earth renewed.