Skip to content
Home / A Day in Life / Near Final Destination 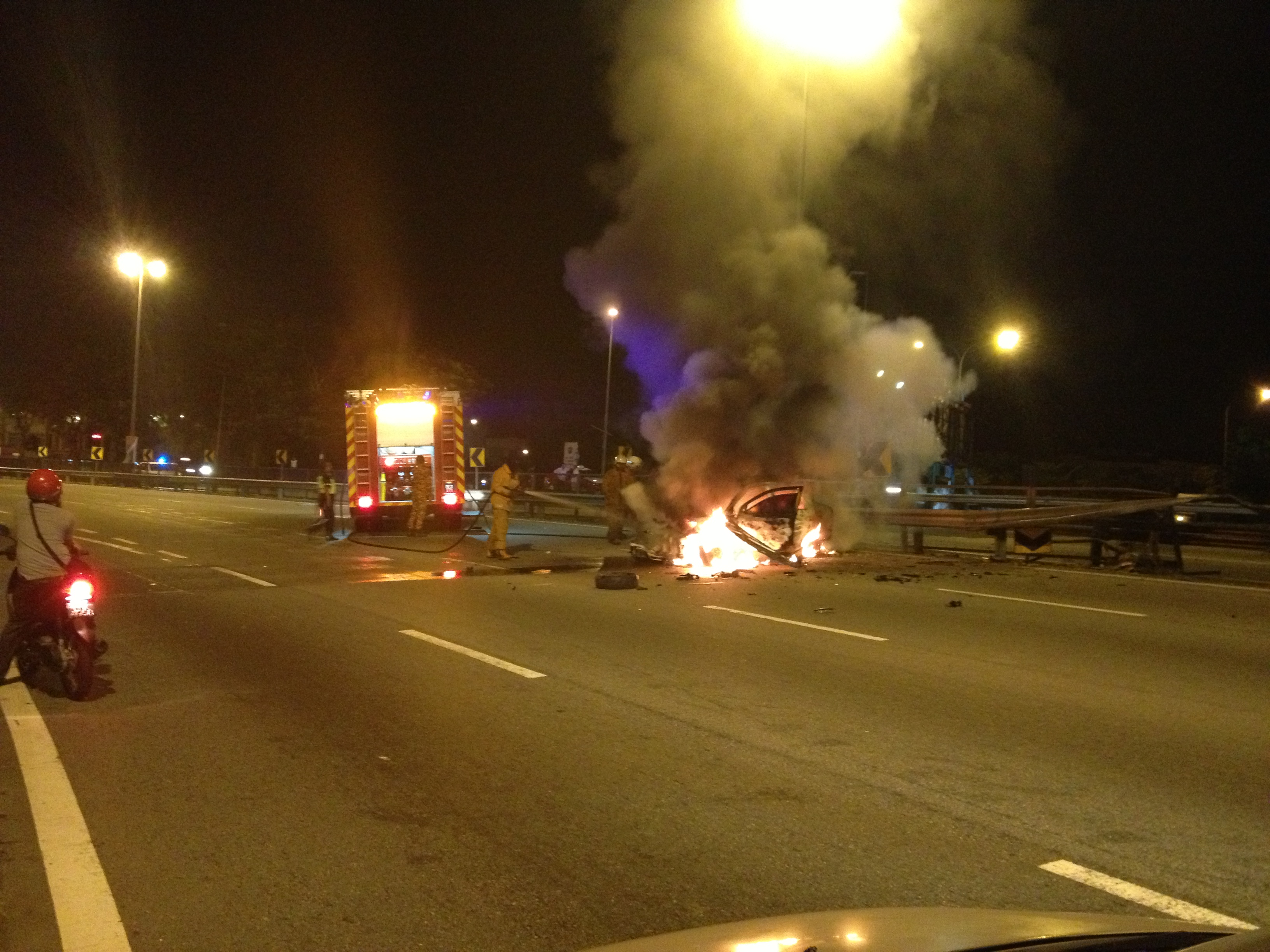 At 3:00 AM-ish I was on my way home from Khai’s house when I witnessed a Proton Waja hit the sides on the opposite lane; the car ended up on my lane and when the passenger was sent crashing out the windscreen.

A couple of passer-bys and I stopped our cars and we managed to get the victim out of the car just in time before the vehicle exploded and burst into flames.

Just when you think this happens only in the movies.

I hesitated when I saw rummage of smokes quickly turned into fire at the front hood of the car, next to the victim. But somehow I plucked the courage and ran over – along with two other passer-bys – to help the driver evacuate his friend.

The driver got away with minor injuries, but to think his friend was just a minute away from getting killed in that flames.

I still shudder at the thought if I hadn’t acted on it – or what if I had acted too late? The man could have died there and then; maybe all of us if we were late by a short moment.

There was great difficulty getting to 999; police arrived first and the Bomba about 15 minutes later to put off the fires (there were small burst of flames now and then).

Ambulance came 20 minutes later. The man is saved, and fortunately not in such a critical condition since he could still speak albeit not see who hauled his ass out that night.