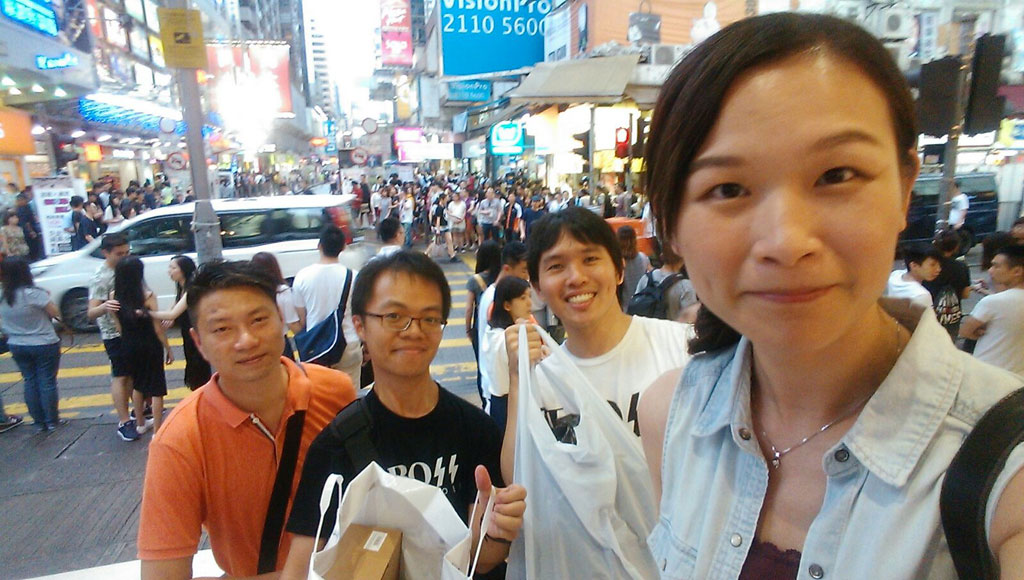 It’s been a while since I last posted anything here. The past three months had been a craaaazy ride with rapid business growth, unprecedented in the previous years! Of course, it came with new problems: I also became busier than before.

Between doing product launches and conducting my first workshop in 3 years, I found little time for other things. And the short break in Hong Kong came about the right time. This time I didn’t come here to play Airsoft; it was to be a casual R&R trip.

The original plan was to go hiking in New Territories with Sasa but the daily drizzle put a damp on our plans. Joining me again is Nick, however he would only be here for 3 days as school holidays was about to be over and he had to return to Malaysia earlier to teach in school. Even though we didn’t join any Airsoft games this time around, we still had to visit the Airsoft shops in Mongkok and eHobby Asia as well.

And hey, guess who I ran into? Moses, my ex-team mate! A surprise to find him here of all places and of all the times… but not really a surprise, if I think of it. Haha. Unlike my previous HK trips, this time we stayed at the Causeway Bay for a change of scenery. So the 3 days were spent walking to several places, eating, walking, and more eating.

Not really a relaxing trip, haha. As Sasa had been generous with her time to be with us, Nick and I rewarded her with an Airsoft gun – and good timing too, since hers had been in a state of disrepair for ages.

So that was 3 days in Hong Kong. While Nick returned to Malaysia, I joined Sasa and her friends to Macau – this was to be my first time there…