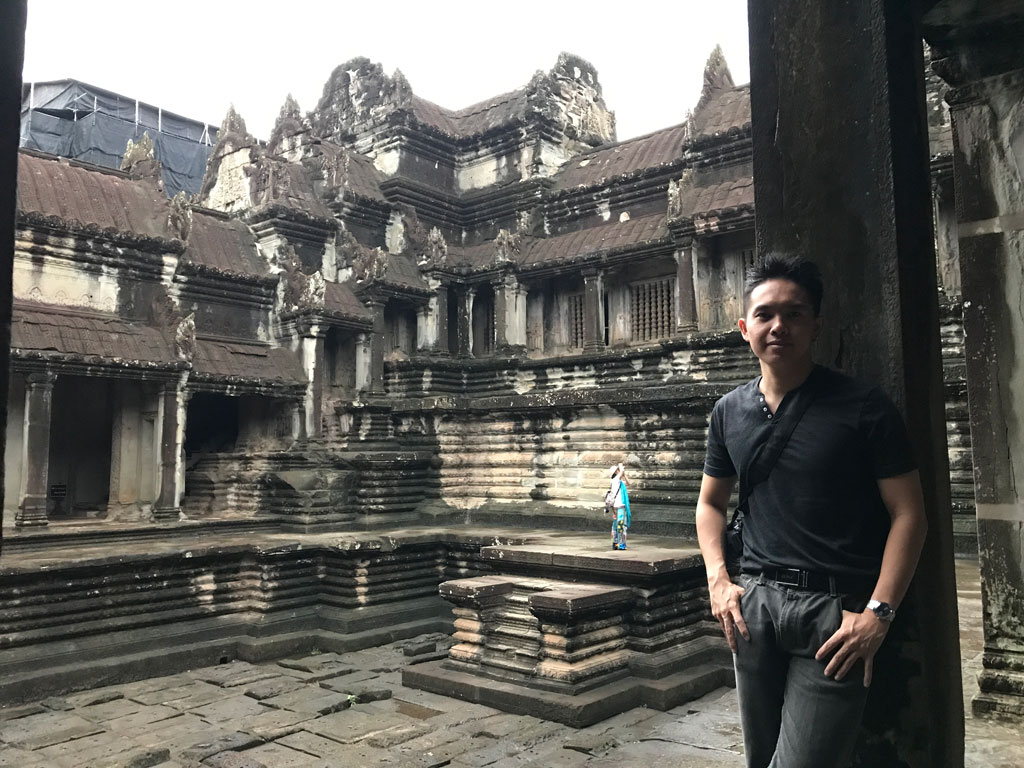 I had always wanted to visit Cambodia chiefly for its main attraction, the historically famed Angkor Wat. After putting this off for a couple of years hoping I could find someone or a group of people to join me, I decided I waited enough… and just flew over on my own!

I started the tour at 5:00 in the morning to catch sunrise at the temple. And for the next five hours, not only did I cover Angkor Wat, I had also toured six other surrounding temples. One of the temple sites, Ta Phrom, was used to filmed the 2001 movie Tomb Raider.

Cambodia recognizes the US Dollar currency – and things here are not exactly cheap! For example, a can of coke goes for $1.50 – $2.00 here. I hired the same taxi driver from the airport to do both the small and big tour for $80 – the tuk-tuk tour would’ve been half that price. And left on my own, I am a shitty negotiator. Haha!