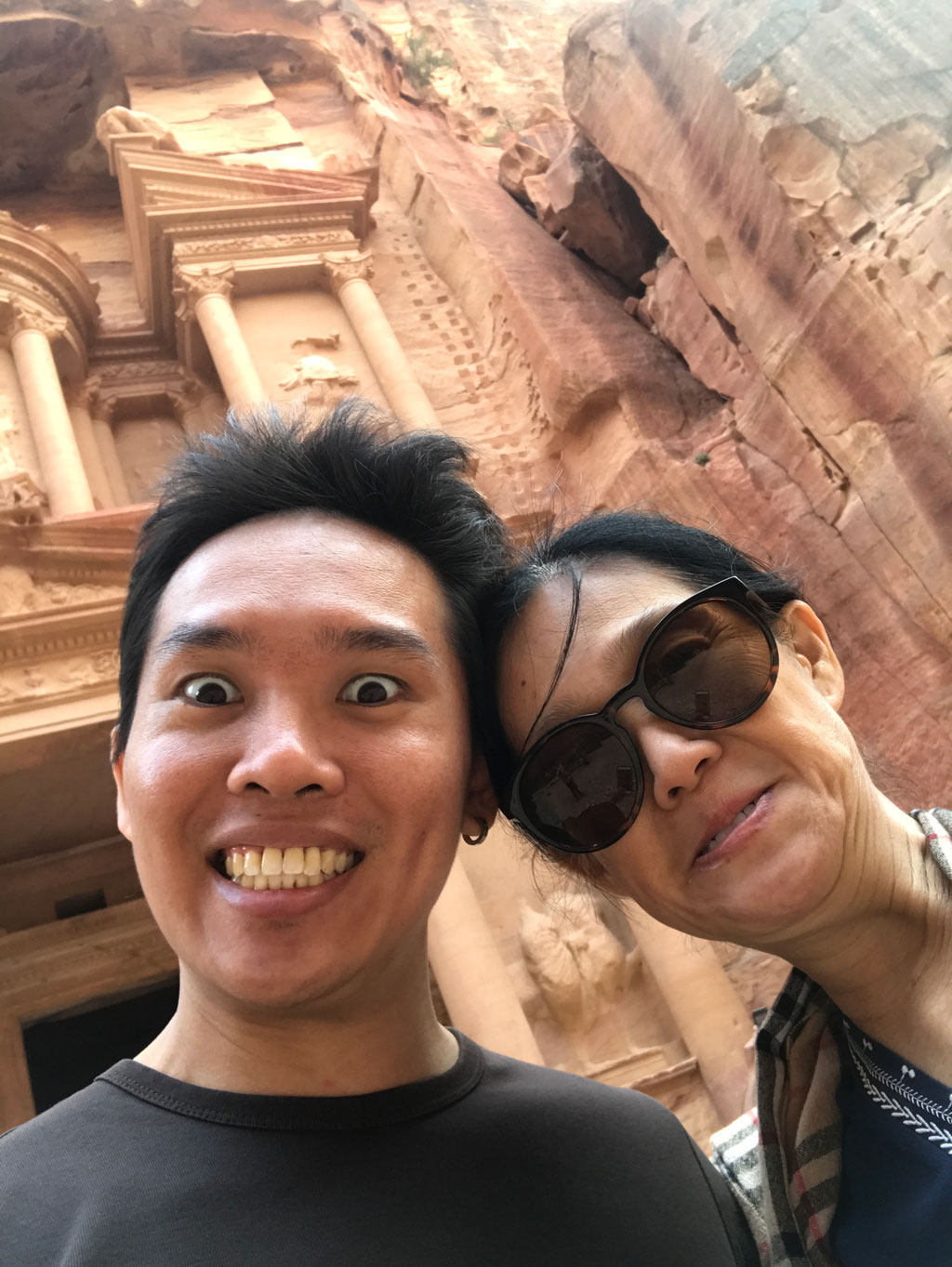 This has been planned since several months ago, and talked about in the last couple of years. Going to Israel has always been on my mom’s bucket list – and I wanted to take her there while she’s still relatively young and healthy to enjoy it.

So here we are — we signed up for a 10 day tour to Jordan and Israel!

The 15-people tour began at Jordan, and one of the main highlights for me was visiting the Al-Khazneh (Treasury) — it was featured in the last scene in Indiana Jones and the Last Crusade (1989 film) It was a surreal feeling being there in person!

The other surprising thing about being in Jordan is how fast WIFI is, even though we were in the middle of nowhere!

Like my Iran trip 10 years ago, the landscape is mostly brown and climate is dry.

The Jordan part of the tour was warming up for the real highlight: Israel…